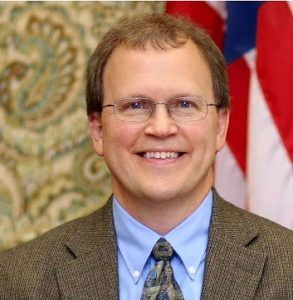 Daniel Vincent proudly serves the citizens of Zanesville as the President of Zanesville City Council. With 19 years on Council and the last 11 years as President, Dan has used his professional and life experiences to benefit Zanesville. Starting his career as a welder, Dan branched out and started several small businesses as a chimney sweep, portable welding service, real estate agent and landlord. He graduated in 1986 from Ohio University Zanesville as a Registered Nurse and started his career as a hospital psychiatric nurse and became Board Certified. This is where he began his growth in leadership by quickly becoming a Charge Nurse and later moving to Nursing Administration to lead projects, teams, and quality improvement efforts. During this time, he completed his Bachelor of Science in Nursing degree from Ohio University in 2009. Currently he works as an Education Consultant with 34 years at Genesis Hospital.

Dan enjoys helping others to make their lives better and has been involved in many local non-profit volunteer organizations and boards. He actively serves on the Genesis Credit Union Board of Directors (past Vice President & President), Genesis Advisory Board, Zanesville Community Improvement Corporation Board of Directors, Nursing Advisory Boards for Ohio University Zanesville, Muskingum University, Central Ohio Technical College (past Chairman), and Mid-East Career and Technology Center. He also volunteers for Follies Family Board, the Carr Center and serves at Grace United Methodist Church with four terms on the Administrative Board and Board of Trustees.

Dan is proud of his service to the citizens of Zanesville, ranging from helping with issues like parking for businesses, to successfully working to secure a $125,000 state grant for Secrest Auditorium and saving the city $650,000 with bond refinancing. He is very engaged with his role and has worked hard to improve the function of Council and the city and is making Zanesville a better place to live.