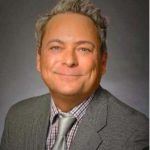 Steven Foreman is the Assistant Superintendent of Zanesville City Schools. Prior to his appointment, he served as a principal for 17 years and as the Title I Director for 5 years. In addition to serving as a public school administrator, he serves an active role in his community as an elected councilman for the City of Zanesville where he is the chairperson of the city’s Crime and Violence Committee, chairperson of the city’s Recreation Advisory Board, and serves on the city’s Public Safety Committee. He serves on the advisory boards for the local hospital and Salvation Army. He’s actively involved in the United Way of Muskingum, Perry, and Morgan Counties; Muskingum County Literacy Council; Buckeye Association of School Administrators; National Association of Elementary School Administrators; and ABC-PAC Political Action for Better Schools Committee. Currently, Mr. Foreman has served in three elected positions as The Ohio Association of Elementary School Principal’s Zone 9 Director, the Site Coordinator Representative to the Reading Recovery Council of North America, and an appointed position by the Muskingum County Commissioners as a Regional Prevention Specialist for The Ohio Children’s Trust Fund. Steve resides in Zanesville Ohio, with his daughter, Madeline.

A strong passion for community, families, and children drives his work. Knowledge of a multitude of stakeholders benefits the many organizations he serves as he strives to represent them all and secure/retain much-needed funding for many important programs. Steve’s leadership skills are strong and he recognizes the need to empower those groups that provide much-needed services to focus their support on children and families. He identifies this as a key issue in affecting change in our communities to combat drugs and violence.

Steve has a passion and a hunger for making communities the best that they can be. When he speaks to groups of citizens and organizations, he does so with the images of those he knows: they are people, not numbers. Steve has proven himself capable of taking the path less traveled in the past, and looks forward to the opportunity to forge many new, unchartered roads in the future.